Tips on How to Make it as a Scientist

Over the past century, the set of skills that contribute to success as a scientist have changed as the field itself has changed. While intellectual brilliance, creativity, and boldness are still critical commodities, modern scientists are finding themselves involved in large, interdisciplinary projects in which the ability to communicate to intelligent people from other specialties, excellent organizational skills, and a talent for getting along with diverse team members are increasingly important. What will always be timeless, however, is strong adherence to the highest principles of scientific integrity. It takes a lifetime to build an excellent scientific reputation, and only an imprudent moment to destroy it. 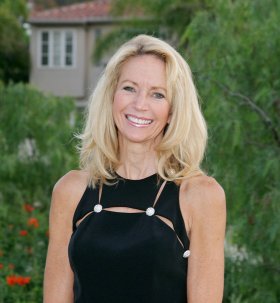 Marcia McNutt is the President and CEO of the Monterey Bay Aquarium Research Institute (MBARI) in Moss Landing, California. MBARI is a nonprofit research laboratory funded by the David and Lucile Packard Foundation to develop and apply new technology for the exploration of the oceans.

After a brief appointment at the University of Minnesota, she spent the next three years at the US Geological Survey in Menlo Park, California, working on the problem of earthquake prediction. In 1982, she joined the faculty at MIT in Cambridge, Massachusetts. At MIT, she was appointed the Griswold Professor of Geophysics and served as Director of the Joint Program in Oceanography and Applied Ocean Science and Engineering, a cooperative graduate educational program between MIT and the Woods Hole Oceanographic Institution.

McNutt's research ranges from studies of ocean island volcanism in French Polynesia to continental break-up in the Western U.S. to uplift of the Tibet Plateau. She has participated in 15 major oceanographic expeditions, and served as chief scientist on more than half of those voyages. She has published 90 peer-reviewed scientific articles.

In 1997, McNutt took over the leadership at MBARI. McNutt has encouraged the institution to tackle the sort of research problems that traditionally have been difficult to support under federal grants and contracts, such as high-risk ventures, development efforts with long lead times between conception and scientific return, and interdisciplinary research. She has also encouraged her researchers to develop affordable technology for ocean exploration and observation that can be passed on to the larger oceanographic community.

McNutt's honors and awards include membership in the National Academy of Sciences, the American Philosophical Society, and the American Academy of Arts and Sciences. In 1985, she was awarded a Mary Ingraham Bunting Fellowship from Radcliffe College. She also holds honorary doctoral degrees from the University of Minnesota and from Colorado College. In 1988, McNutt won the Macelwane Award from the American Geophysical Union, presented for outstanding research by a young scientist. In 2003 she was honored as the Scientist of the Year from the ARCS Foundation. In 2004, she received the Outstanding Alumni Award from the University of California at San Diego. She is a fellow of the American Geophysical Union, the Geological Society of America, the American Association for the Advancement of Science, and the International Association of Geodesy.

McNutt served as President of the American Geophysical Union from 2000-2002. She also chaired the President's Panel on Ocean Exploration, convened by President Clinton to examine the possibility of initiating a major U.S. program in exploring the oceans. She currently serves on numerous evaluation and advisory boards for institutions such as the Monterey Bay Aquarium, Stanford University, Harvard University, Science Magazine, and Schlumberger.