Planning algorithms have become much more powerful in the last decade. But to some extent this revolution was accomplished by accepting a decrease in the range of planning problems that can be solved. In the last few years, the range has been increasing again, as demonstrated by the gradual increases in the expressivity of PDDL, as well as explorations of planners that go beyond what has been incorporated into PDDL so far. In this talk I will survey progress in handling broader classes of planning problem, and talk about what the outermost bounds of expressivity that we can aspire to in our problem descriptions.

Drew McDermott has done work in several areas of artificial intelligence. One of his perennial interests is in planning algorithms, which calculate structures of actions for autonomous agents of various sorts. He did seminal work in the area of "hierarchical planning" in the 1970s. In the last decade, his focus has switched to regression-based techniques for classical planning, especially methods that heuristically search through situation space. He was instrumental in starting the biannual series of AI Planning Systems (AIPS) conferences. In 1998, he ran the first ever Planning Competition in conjunction with AIPS; it has now become a standard part of the ICAPS conference, the merger of AIPS and the European Conference on Planning (ECP).

Another enduring interest of Prof. McDermott's is in the area of knowledge representation (KR), which is the attempt to formalize what people know in a form usable by a computer. He wrote some influential papers on nonmonotonic logic and representation of temporal knowledge. However, in the mid-1980s he became convinced that the KR project, in its more ambitious formulations, was ill-defined. He published a paper titled "A Critique of Pure Reason" making this case. However, Prof. McDermott is now thinking about KR issues again, this time in conjunction with the problem of "metadata" on the world-wide web, which will tell automated agents what the content and capability of a web resource is. Hopefully solving this problem will not require tackling the original KR problem, which he still believes to be hopeless.

One of the fundamental goals of research in artificial intelligence is to create systems that can interpret and understand day to day human experience. Achieving this goal would both support countless practical applications - ranging from just-in-time information systems to assistive technology for the disabled - and profoundly impact our knowledge of how we live and interact with the world and with each other. Recent progress has been achieved by weaving together three lines of research: work in knowledge representation on the structure of goals, plans, and actions; work in probabilistic reasoning on dynamic and relational models; and work on ubiquitous sensing, where large numbers of simple, inexpensive sensors directly measure properties of people and the environment. 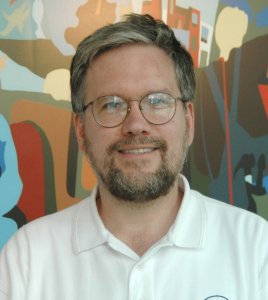 Henry Kautz is a Professor in the Department of Computer Science and Engineering at the University of Washington. He joined the faculty in the summer of the year 2000 after a career at Bell Labs and AT&T Laboratories, where he was Head of the AI Principles Research Department. His academic degrees include an A.B. in mathematics from Cornell University, an M.A. in Creative Writing from the Johns Hopkins University, an M.Sc. in Computer Science from the University of Toronto, and a Ph.D. in computer science from the University of Rochester. He is a recipient of the Computers and Thought Award from the International Joint Conference on Artificial Intelligence and a Fellow of the American Association for Artificial Intelligence.

Since its introduction in 1990 by Rajeev Alur and David Dill the notion of timed automata has established itself as one of the most widely used formalisms for modelling systems and behaviours with quantitative real-time constraints. Since then a number mature tools for verifying correctness properties of such real-time system models has emerged with the tools UPPAAL (www.uppaal.com) and Kronos (www-verimag.imag.fr/TEMPORISE/kronos/) being prime examples.

During the last 5 years substantial effort has been made in reusing and retargeting timed automata verification technology towards real-time scheduling and planning.
This work has largely been carried out within two European projects: VHS (Verification of Hybrid Systems) and AMETIST (Advanced Methods for Timed Systems). Both classical scheduling problems (routing, job-shop, task-graph, air-craft landing etc.) as well as a number of large-scale industrial production planning problems (steel production, lacquer production) have been successfully dealt with. Also, to allow for various optimality criteria to be specified and considered, a priced extension of timed automata has been introduced.

The talk will offer information as to state-of-the-art and future directions for applying real-time model checking technology to scheduling, information of the underlying technology, comparison to other more classical formalisms (PDDL) and approaches (e.g. MILP), and demonstration of the tool UPPAAL Cora.

In 1987 he became Associate Professor at the Computer Science Department of Aalborg University (Denmark), then 1993 Full Professor for Distributed Systems and Semantics also at Aalborg University (Denmark) and director of the Aalborg-wing of the basic research center BRICS. Since 2002 he has been director of the national center CISS for embedded software systems. He is co-founder and steering committee member of the conferences CONCUR (International Conference on Concurrency Theory) and TACAS (International Conference on Tools and Algorithms for the Construction and Analysis of Systems)

Current research interests include model checking and testing of real-time and embedded systems checking and application of model checking techniques to optimal scheduling and planning. He has co-authored 6 software-tools and is co-inventor of the so-called CBR (Compositional Backwards Reachability) method used in the commercial UML-tool visualSTATE. He is prime investigator of the real-time verification tool UPPAAL and the two spin-off branches UPPAAL Cora (for optimal scheduling) and UPPAAL Tron (for on line testing). In 1999 he was elected Honary Doctor at Uppsala University (Sweden) for his work on real-time verification.